Heath Insurance by Design has been helping individuals and businesses select healthcare insurance plans for over 15 years in the Southern Indiana area. Our 30+ years of healthcare experience allows us to provide expert knowledge while finding the plan that works best for you. Since we are a locally owned family business, we enjoy helping people in our community understand their health insurance needs.

Keith began his healthcare career at Humana in 1980. In 1983, he was one of the initial team that helped launch Humana’s health insurance division.

Thirty years ago, Keith left Humana and began helping Southern Indiana businesses obtain affordable health insurance for themselves and their employees. In the 90’s, his largest customer grew from 70 employees to over 700 employees. He enjoyed helping that family grow their organization. They knew the importance of having a great employee benefit package. Keith founded Health Insurance by Design with his wife, Karen, in 2003.

He was a member of one of the first full graduating classes from Indiana University Southeast, after Indiana University relocated to their current New Albany campus. In 1992, he was elected president of the IU Alumni Club of Louisville and Southern Indiana. While president, the club convinced Coach Knight to visit our community for his annual Southern Indiana basketball tip off event.

In 2005, Keith was asked to sit on the Hospital Moratorium Board. The Floyd and Clark County Commissioners requested that a study to be done to determine the need for an additional hospital in our community. At the conclusion of the study, Keith was appointed to the Floyd Memorial Hospital and Health Services Board of Trustees.

Keith married Karen Perkins, his college sweetheart, in 1982. Their son Kyle was born in 1984 and now works for the family business. Their daughter Kela was born in 1986 and works for Vericlaim in Jacksonville, Florida, where she now lives. Their third child, Kody, was born in 1989 and is the Director of Sales and Marketing for the Pendennis Club in Louisville. Keith and Karen love spending time with their grandchildren.

Karen grew up in New Albany and has lived in Floyds Knobs for nearly 40 years. Karen began her career in healthcare at Floyd Memorial Hospital (now Baptist Health Floyd) in 1973, working in Medical Records and Personnel/Administration for 18 years. After her time at Floyd Memorial, Karen worked as a teacher’s aide and substitute teacher at Holy Family School.

Kyle grew up in Floyds Knobs and currently lives in New Albany. He earned a BS in Marketing and Sales from Indiana University in 2007 and a Master of Science in Business Communication from Spalding in 2013.

After graduating from Indiana University, Kyle worked for Humana for five years as an analyst for Product Trend in the Issue Resolution and Training & Documentation departments.

Kyle takes great pride in his work at Health Insurance by Design. He enjoys handling issue resolution for his clients and taking the anxiety out of purchasing insurance for individuals and their families. Kyle performs needs analysis for both individuals and groups, then creates benefits tailored to the specific needs of each client.

Faith and family are very important to Kyle. In 2014, Kyle’s son, “KAM” was born.  Kyle loves spending time with KAM, which includes golfing and coaching his baseball team.

Christie grew up in Southern Indiana and currently resides in Floyds Knobs. She earned a BS in Organizational Management from Oakland City University in 2007 and an MBA in Healthcare Management in 2015 from Western Governors University.

Christie has over 25 years working for corporations as a key leader, from Director of Customer Service with Kimball International to Demand Manager for Jasper Laminates. She is savvy about customer relations and sales operations and is passionate about serving others.

In 2017, Christie began her career as an independent insurance agent and joined Health Insurance by Design in 2020. Licensed in Indiana and Kentucky, Christie specializes in selling healthcare plans, Medicare, ancillary, and life insurance products for the senior market.

We Are Authorized To Offer 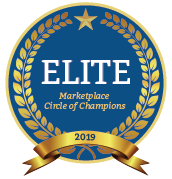